Hey you
Just a note
before you’re off
into the grime
of the land
that’s stuck in time
the land of scattered hope
and broken backs
that need to cope
with the certainty
that there is no way back.
You don’t have to carry that weight.
You’re a rock.
To sit on.
A sea.
That lightens the load
but comes and goes
A tree with a branch strong enough to hang a swing on.
The wind’ll do the rest.
Hey you
Just a note before you leave
the land where even the dark is gentle
to plunge into the grim grey
of never being safe.
I know there’s so much to be done.
And there is so much you can do.
But there’s also
only so much.
You can.
Do.
For all those people
stranded
clutching
shards of dreams
in their hands,
‘Cause there’s always the fear
of their pockets being picked.
Their hands cut on the sharp edges
of a life they had to break
in order to take
some of it
with them
Their hands bleeding.
Tears.
Hey you.
Remember.
You don’t have to stop the bleeding.
You’re a rock.
To sit on,
so someone can open his hand and look at that shard.
You’re a sea.
so someone can wash away the dirt that got stuck on her one last dream
You’re a tree.
That’s there.
That’s strong enough.
Rooted enough.
In this world.
So someone
can
– for a second –
feel the wind
and keep hanging on
to that one shard,
that’s dear life.
Bye you
Be safe
©10-09-2017
I’m a fool
I know
I trip over things
usually with a beverage in my hand.
Get in the wrong train
End up stranded, in the middle of nowhere,
Usually with the last train just left
I’m a fool
I know.
I have a nice pattern
of burnmarks on my arm,
of where I got stuck to the hot stove.
But if you want your boileg egg peeled when it’s hot
That’s not
a problem for me
Anymore
Cause I’ve sure got asbestos hands
That’s the kinda fool I am
I’m a fool
I know
Trip into someone’s arms
And lose myself there
Add another burn to my heart
Even fall apart
Fool myself there’s no way out
of what ever cluster fuck
But I ain’t stupid
And I sure don’t need no luck
Cause I’m a fool
I know
That’s just my DNA
And in any case
I’d rather be a fool who lost it
than someone stupid
who let the chance of love
get away
on that last train.
Or like my daddy says
Now there you’ve got your difference
Between a rock
And a hard place. 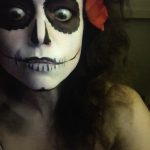 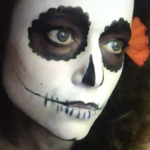 There he was
purring like a kitten
who wanted to play,
Mister Smitten
And his short stay.
Like how a passing summerbreeze
can put your mind at ease.
Or dipping your feet in a pool
just long enough
until you’re
cool enough
to continue your day…
It’s nice, ‘cause it lingers
like Mister Smitten fingers
on my back.
And after leavin’
I could still smell him
for quite some time.
His scent on my neck
where he’d say
“I want you to be mine”
He stayed on me
’till the break of day
As close as my skin
and yet getting further
and futher away
That was the thing
It wasn’t even a fling
with Mister Smitten
– who I left smiling like a kitten,
It was
Well
I dunno
Something
for sure
A something
that happened
cool and summery
and could happen again.
easily breezily
Some day
2017©EvaK.Mathijssen

“Just as the end of a caterpillar isn’t the end, but a butterfly”

Not long ago I was at a jazz concert.  In a theatre lounge – there where two red velvety stairs met each other – drums, bass and bass-clarinet were about to monk something out.

Across from me there you were; a girl trying to date a drummer.Well, he wasn’t a drummer per se. He was a boy, wanting to be a drummer;  he was a drummer-boy.

I saw you – sitting next to him, you looked really happy, talking with him, he laughed at your jokes…. Always a good sign. But then the jazz happened. And you looked lost. I saw you, trying to reconnect… He did talk to you, he went on and on about the drummer’s technique… the difference between chopsticks and brushes and you laughed; because you thought: ’the great thing about ordering Japanese is that you throw away the sticks and don’t have to do the dishes.’ But to him this was all very serious. To him and his drum…..

I heard you heart drop to the floor

It rolled over the red velvet carpet and touched me. So this is a pick you up.

Here’s a woman’s guide to jazz appreciation for girls trying to date a drummer.

The only way to know what you like is to listen to it.

Your drummer will hit you with his playlists.

Discover jazz as you would a nation.

you dig some, some fill you with frustration,

some leave cold and others steal your heart.

You’ll learn new words and new names. And you’ll feel like you have to remember it all, because otherwise you’ll lose him. Rest assured; if he can’t bring himself to remember the characters in Girls, why should you be able to name them boys? (If you want to come prepared here’s some names to youtube; Louie Bellson, Art Blakely, Buddy Rich, Benny Goodman, Gene Krupa, Papa Jo Jones, Roy Haynes, to name a few)

Don’t question his mental state if  he starts to be-diepa-doowhap-chopchop-jazzzzz to you. In other words he’ll start to scat. There was a time I thought that scat was a form of shit, and it turns out I am right. It’s also a form sex (coprophilia) that revolves around feces. (I’m not sure this is information to drop into a conversation on the first date, but you never know…) But scat is also a way of singing, that doesn’t mean a thing but gives a songs a flavor.

Jelly Roll Morton: Oh, I’ll sing you some scat songs. That was way before Louis Armstrong’s time. By the way, scat is something that a lot of people don’t understand, and they begin to believe that the first scat numbers was ever done, was done by one of my hometown boys, Louis Armstrong. But I must take the credit away, since I know better. The first man that ever did a scat number in history of this country was a man from Vicksburg, Mississippi, by the name of Joe Sims, an old comedian. And from that, Tony Jackson and myself, and several more grabbed it in New Orleans. And found it was pretty good for an introduction of a song.

If he shabadabadoos to you – don’t despair – he doesn’t want you to scat back. You’re free to try, but you can also pour yourself a glass of wine and be relaxed. Let him fill in the silences. Or kiss him and see what happens next.

Music is life, preferably live. So ; he’ll take you places. And at those places, you’ll meet peepz: People appreciating jazz.

Some will treat it like a religion. Lennon didn’t imagine no music, so the peepz you meet that treat it as such; imagine them with choking on something, it’s easy if you try.

A way to recognize them is 1- to see if they are able to get a way from the bar 2- without stumbling.  Another way to know is when the bartender knows their name.

Okay, okay, – and now the drummer wants to take you to a bar and when you two walk in the guy at the door knows his name, well that’s a good sign. That means he’s played there before and they’re glad to see him. So he probably has talent. Or he’s an alcoholic. You’ll know soon enough.

Some people suck at jazz, but look the part

Some people try to put as many notes in as possible, stating it’s art

some people were born to jazz, those are the ones that ignite you, relight, delight you

I personally don’t like listening to live music with my eyes closed. Some people do, but for me the fact that it’s happening right in front of me is the thrill of it all.

Musician’s hands and faces, especially mouths… the concentration, the dedication… it shows itself in all sorts of movingly distinct ways.  It’ll bring out the kid that tries to cut out a circle with real scissors for the first time…  Tongue perched between his lips… Eyes on fire and an open mind full of determination…

a woman’s guide to jazz appreciation for girls trying to date a drummer.

trying to dating a drummer

As long as he drums on you – you’re solid.

I know you didn’t know what hit you the first time you’re shoulder was a snare and you butt a basedrum – pa rum pum pum pum…  But if he can’t help himself strumming his fingers on you  – you’re golden, ‘cause you’re right up there with the rest of his kit.  And when dating a drummer that’s as close as you’re gonna get

Unless he uses his actual sticks on you…. Then you know where you can shove ‘em… Right there up with his ego.

Don’t try to date a drummer

and whatever they do,

They can hold you

Play you from the wrist

Single or double stroke you

Don’t try to read him

Just lay out a beat

Don’t meet in the middle

But some place where you can eat

And have a couple of beers

if you wanna talk make sure there’s no live music

well if you really wanna talk-talk

there’s this window after sex

where he used so smoke a cigarette

but he now has stopped,

so that’s where you catch him

if you really wanna talk

He won’t be the first

to talk, I mean

He has a heart

for it to be seen

So don’t try to date  this drummer

and that’s a bummer

But if he thinks you’re his kind of hot

You’ll know, cause he’ll hit you in the right spot

but always in time

but it can stay

So,
just so you know
as long as there’s snow…